Greg went to pick up some Fennel from the grocery store and he called me to ask if Anise was ok because it looked the same as Fennel. This lead me on another Internet quest to find out what is going on with that.


Sure enough I discovered that Fennel is called Anise in North America when in reality they are very different plants. The Star Anise is also different. The one thing they all have in common is "anethole" which provides that sweet licorice flavour and is why they all are named similarly. Apparently this is how North American's started calling Fennel by the wrong name... I wonder what other veg we get wrong (Yams, Sweet Potatoes and now Fennel?!)?

Most parts of the Fennel (Foeniculum vulgare) can be eaten (seeds, stalks, pollen, bulbous stem) whereas Anise (Pimpinella anisum) is only used for their seeds. Star Anise is another creature altogether - it is a fruit/seed pod filled with seeds and comes from a small Chinese evergreen tree (llicium verum).


All of these have uses in remedies and these licorice-like goodies have been known to season Absinthe which inspired Picasso's "Blue Period". 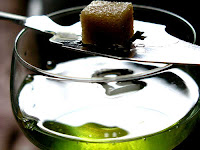 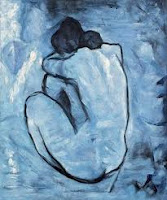